The Champions of Magic Tour 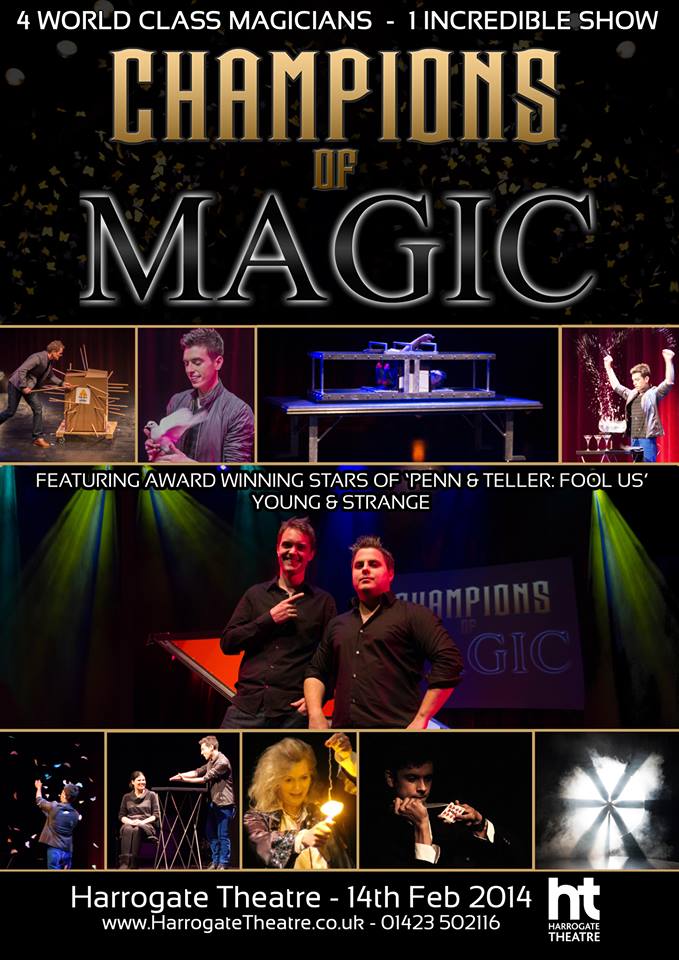 2013 was a great year for magic in the UK and 2014 is shaping up to be even better. Magic is riding a true rejuvenation in the UK at the moment, which I absolutely love. In my opinion this is down to a few factors; there really is some fantastic magic being shown on TV at the moment and also some superb live touring magic shows visiting theatres across the country.

You might be aware that I am part of a stage illusionist double act called Young & Strange. There are some great opportunities to see us perform some of our rarely seen Las Vegas style grand illusions over the next few weeks. We have been booked by RIP Productions to take part in the Champions Of Magic shows, which are receiving rave reviews.

Each show contains four very different magic acts showcasing their best tricks. We did two of these shows at the end of 2013 and are pleased to be doing two more in February;