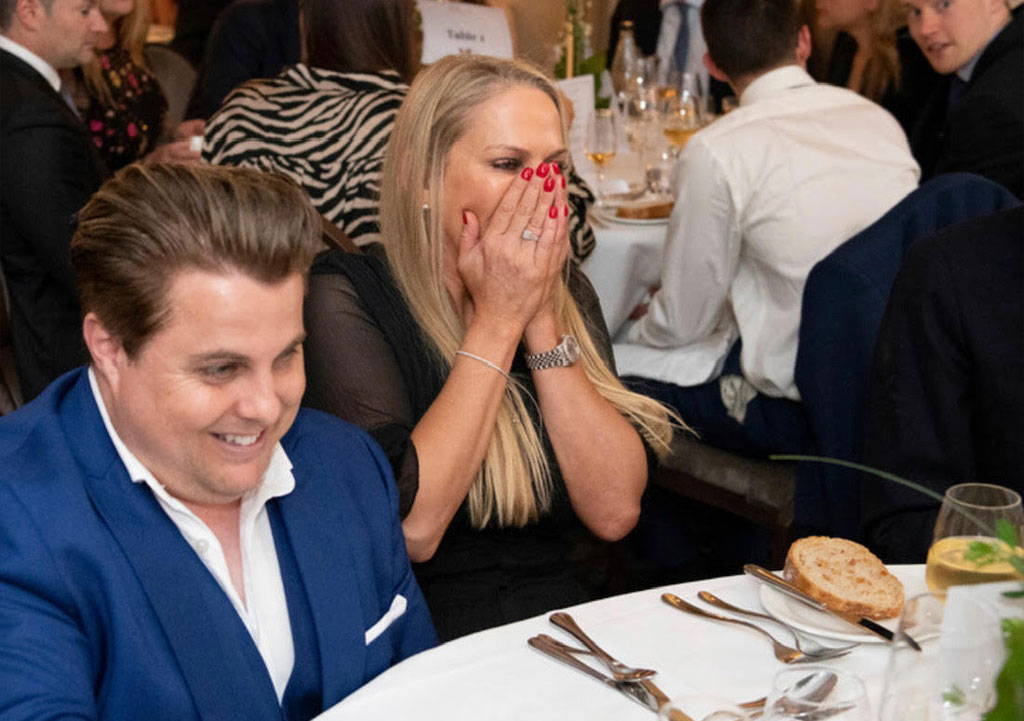 It never ceases to amaze me how one thing leads to another. Back in May I was entertaining in corporate hospitality at the FA Cup Final, Wembley. I know, I know, that should be the story (and it was an amazing event!), but it was, in fact, the starting point of another adventure involving those financial wizards and a hotel in Surrey.

Whilst entertaining prior to the FA Cup Final, I found myself talking to Guy Hands. This is the man who was named ‘Spear’s Philanthropist of the Year’ in 2018. He has made a lot of money in his lifetime and has donated a huge amount to charity along the way. The award was in recognition of the ‘Hands Trust’ which donates to carefully chosen charities which demonstrate their use of donations to create meaningful change.

At the end of the Wembley event, Guy Hands invited me to perform at a dinner event for the staff of Terra Firma, his private equity firm. A few weeks later, I was in the lavish Nutfield Priory Hotel and Spa in Surrey, where his staff were gathered, having flown over from Jersey earlier in the day.

It was an amazing night. I think you can see from the photo, captured by Tim Cantrell, just how much I was enjoying myself. In fact, I was in my element because it was the perfect set up for my close-up magic. I mingled with guests during the arrival drinks reception, and then provided more entertainment at tables during the dinner service. As ever, guests were amazed to see the impossible happening right in front of them.

Are You Looking to Hire a Magician?

I’m a professional magician, with 20 years’ experience of performing at weddings, private parties, and corporate events. The close-up magic that I specialise in is designed to amaze people, but it’s also a great ice breaker, and it quickly gets tables of strangers laughing together. My goal is always to provide an experience of magic that will make your event memorable.

Would you like to book Richard Young Magician for your wedding, party, or event? Message, call or email him today for a quick chat, and a quote.