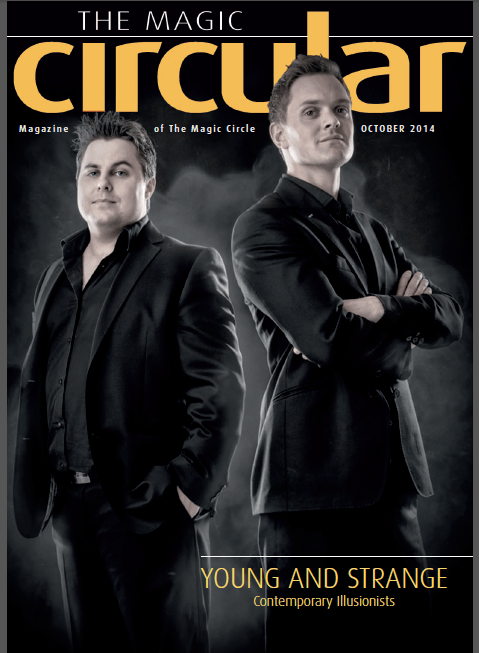 I have been a proud member of The Magic Circle since 2008. As a child while I was learning magic I dreamed and hoped that one day I would become a member of the most prestigious magic organisation in the world. I could have never predicted that one day not only would I be a member but I would also (all in the space of 12 months) be promoted to the highest level of membership achievable through performance examination (known as AIMC, Associate of The Inner Magic Circle).

Be asked to lecture to the members on my own tricks and ideas, asked to host the public Christmas shows at the headquarters and also appear on the cover of the magazine. Thanks to a lot of hard work, myself and my double act partner have achieved all of the above in 2014. Our act known as Young & Strange (www.youngandstrange.co.uk) opens up some really interesting opportunities and this year has been a bumper year for us at The Magic Circle.

If you would like to visit The Magic Circle (which is in Euston, London) then the Christmas shows really are the best time to do it. For £28 you get a tour of the spectacular building and fascinating magic museum, witness stunning close-up magic right under your noses from some of the best close-up magicians in the country and see a spectacular variety show in the theatre featuring international acts which this year is hosted by Young & Strange. It runs on December 27th, 28th, 29th, 30th and January 2nd, 3rd and 4th. Tickets can be purchased here.