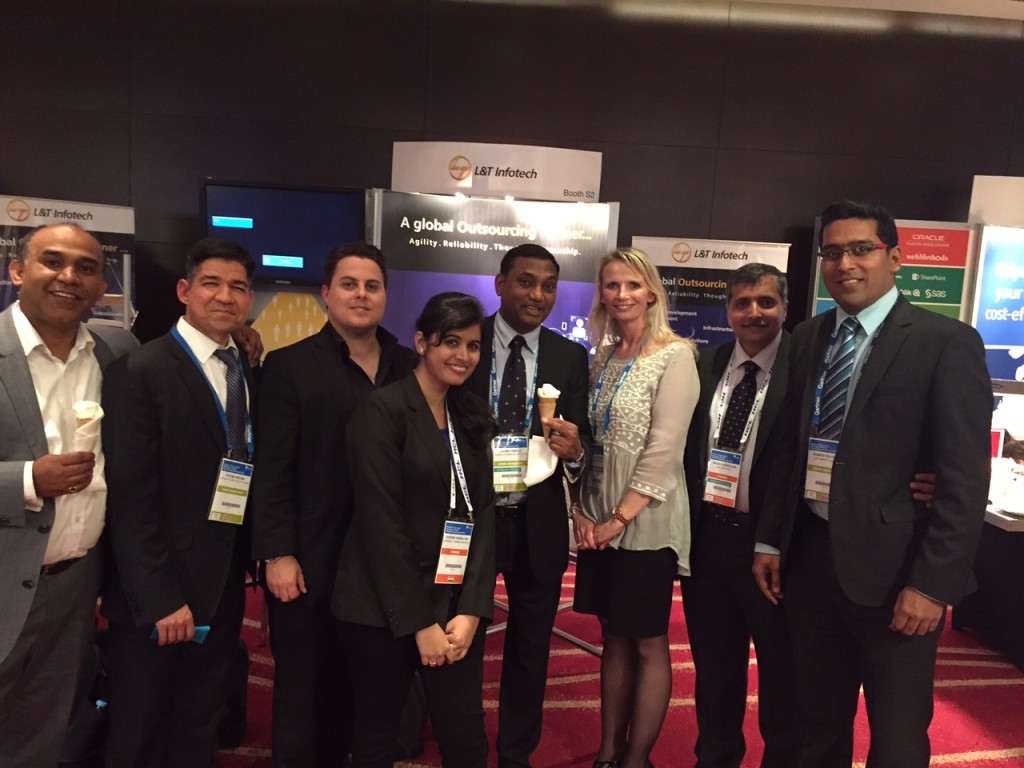 Trade Show Magician Richard Young with his colleagues from Infoserve

Last night I was working as a Trade Show Magician with my great friends from Infotech at an industry trade show at the Park Plaza Hotel in Westminster. My job was to create a stir in the room and bring as many people as possible to the Infotech stand so that the sales team could qualify them as a potential new client.

Having a Close-Up Magician at a Trade Show is a really clever idea (not mine admittedly!). The floor is very competitive and you have to do something different to bring people to your stand. I actually went and performed out on the floor away from the infotech stand and after a few minutes of magic for a group of people I asked them I could show them ‘one final trick over here at my table’ (funnily enough, positioned right in front of the infotech stand! After a final magical moment I introduced the sales team, talked quickly about what infotech does and passed over my audience to the sales team. I did this every 10 minutes for 3 hours.

At the end of the Trade Show I had some lovely feedback from the client, saying how happy they were with my efforts and for keeping everyone busy. I actually had a great time too and met loads of interesting people. If you are considering hiring a Trade Show Magician in the near future please do get in touch so that I can tell how how I can help bring some top sales leads to your sales team every few minutes of the day using just my personality and a few amazing magic tricks.

I can also offer bespoke magic tricks, branded with your company logo and message which you can give away to the delegates. They are amazing, simple magic tricks which anyone can do after 2 minutes practice. This means the delegates leave the Trade Show with some magic in their pockets which they can share with their colleagues (they leave with your contact details too).

A Trade Show Magician could be just the thing you need to find your next biggest client.